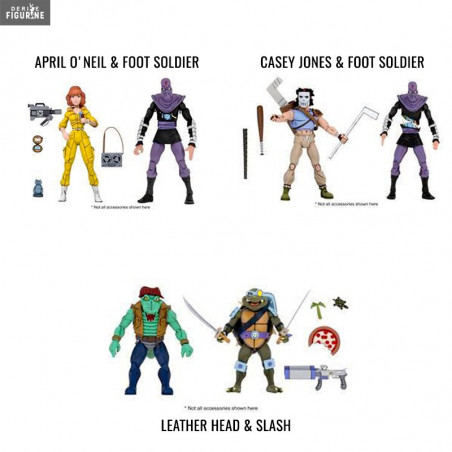 Product on order : we can check for you if this product is in supplier stock or in preorder !

Three new packs of two figurines from the Teenage Mutant Ninja Turtles franchise are offered by NECA and they complement the achievements of the major characters in the series! We thus find the April O'Neil pack, the famous journalist who accompanies turtles in their adventures, and she is accompanied by a Foot Soldier. The second pack offers the masked vigilante Casey Jones with another Foot Soldier and finally, the last pack offers an anthropomorphic mutant alligator by the name of Leather Head which proves to be extremely dangerous and he is accompanied by Slash, the former Rocksteady turtle who now fight with two Shaolin swords. Each pack is delivered with a max of accessories faithful to the different characters. 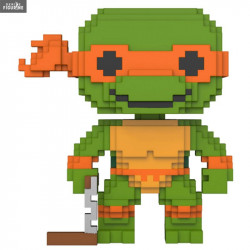 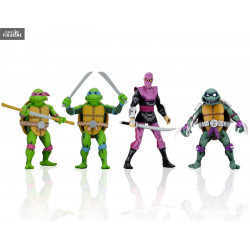 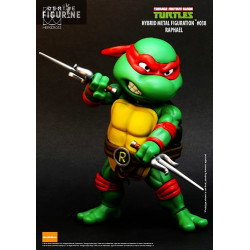 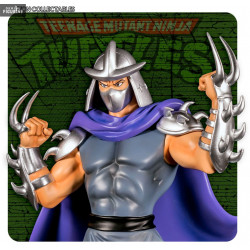 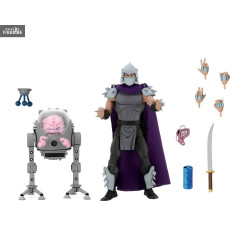 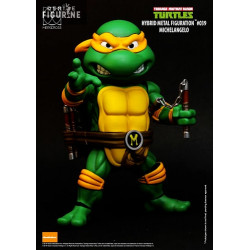 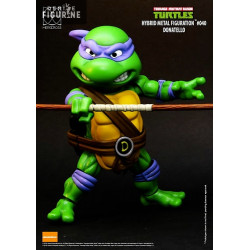 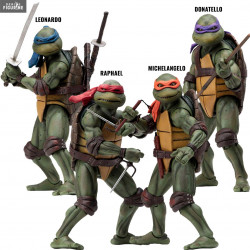 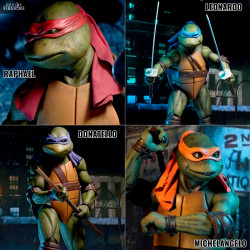 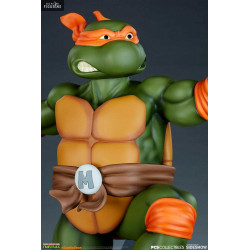