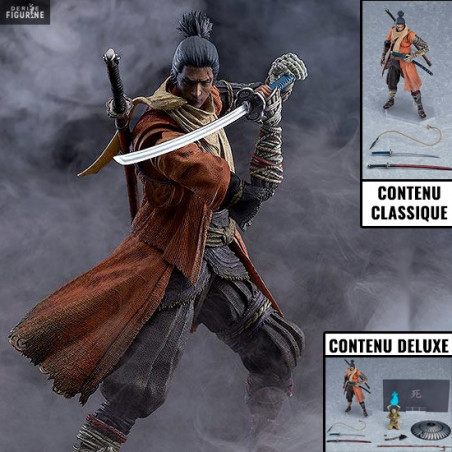 Official figure of Sekiro of your choice between Classic or Deluxe versions in ABS/PVC which measures about 15 centimeters high. It is from the Figma collection. The manufacturer is Max Factory.

Sekiro also sometimes called Wolf is the main character of the game Sekiro: Shadows Die Twice. If you choose the Classic version he will have several katanas, including the death sword, as well as the grappling hook that he can put on his prosthesis. If it is the Deluxe version that tempts you, you will have other weapons in addition like the ax, spear or shield, but also the save point and the message that appears (quite often) when you die.

1 other product in the same category 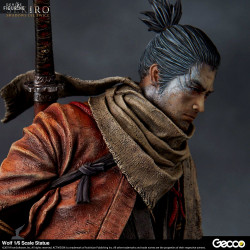 Official figure of Sekiro of your choice between Classic or Deluxe versions in ABS/PVC which measures about 15 centimeters high. It is from the Figma collection. The manufacturer is Max Factory.