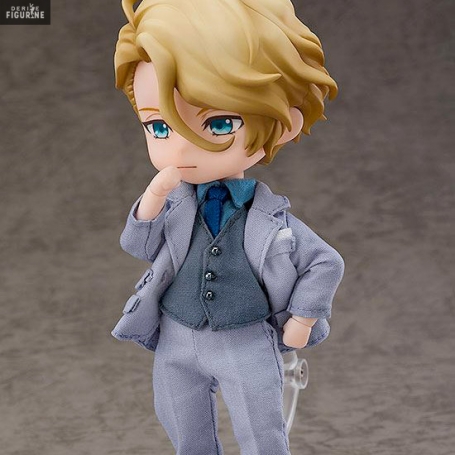 Official figure of Richard Ranasinghe de Vulpian in ABS/PVC about 14 centimeters high. It comes from the Nendoroid Doll collection. The manufacturer is Good Smile Company.

Release date: estimated arrival date in stock to May 2021.

Richard Ranasinghe of Vulpian is only 28 years old and yet he already has his own jewelry store. He also offered a post to Seigi who says of him that he is a living jewel. Richard has several strings to his bow, like that of speaking several languages, so if you are under his spell, you can treat yourself to this little figure of him. In addition, his fabric clothes perfectly bring out his natural class.

Official figure of Richard Ranasinghe de Vulpian in ABS/PVC about 14 centimeters high. It comes from the Nendoroid Doll collection. The manufacturer is Good Smile Company.

Release date: estimated arrival date in stock to May 2021.